This a gastronomic post about Christmas lunch in my family and it also brings content about Andalusian gastronomy at large. I know Christmas is off-topic now. But Christmas period does not end until the 6th of January, Day of the Three Wise Men, when children receive their presents. And grown-ups too, of course. Some families give presents on Christmas Day or Christmas Eve, but my family is more traditional and our gifts’ day is the 6th of January. So I did not think about updating my blog until today.

Christmas Day and Christmas Eve are important dates to meet with the family and we usually eat a big amount of high quality food. We eat like monsters, no control, but polite. The origin of my family is very humble, and for example Iberian ham is something that during our childhood we only saw on Christmas. For us eating ham was such a good experience as receiving presents the 6th of January. Now that we are adults and living in different places, eating all together is the most beautiful thing.

The first one looking to the camera is my husband, wearing a harlequin hat, then it is me, my sister in law, my older brother, my sister, my younger brother, mother and father. The music is the Christmas’ song “Mi burrito sabanero”.

In the moment of the video we were eating the appetizers. The appetizers are the origin of the famous tapas. It is supposed that during religious pilgrimages in the countryside it was useful to cover the glass of wine with a slice of chorizo, cheese or ham. Tapa means tap and the purpose to cover the glass was to protect the wine from dust and insects. I love to explain that in my tapas tours.

Croquettes (croquetas in Spanish) are fried balls made with bechamel sauce and filled with ham, chicken or any other ingredient you may like. At home, croquetas are generally made with the leftovers of the dish called puchero. Now the fashion is to stuff them with mushrooms or spinach.

Iberian ham is the legs of the pig. The front legs are “paletas” and the rear legs are “jamon” which are the best ones. When foreign people see pork legs hanging on from the ceiling of the restaurants they normally feel shocked. My favourite legend to explain the origin of the Iberian ham is the one that talks about the persecution by the Inquisition against Jewish and Muslim people. They used to hang legs of pigs on the windows of their houses to demonstrate to everybody they were real Christians. According to the legend they also hung chorizo and salchichon, which are two kinds of sausages made with casings of intestines and filled with pork meat. The difference between chorizo and salchichon is the seasoning. 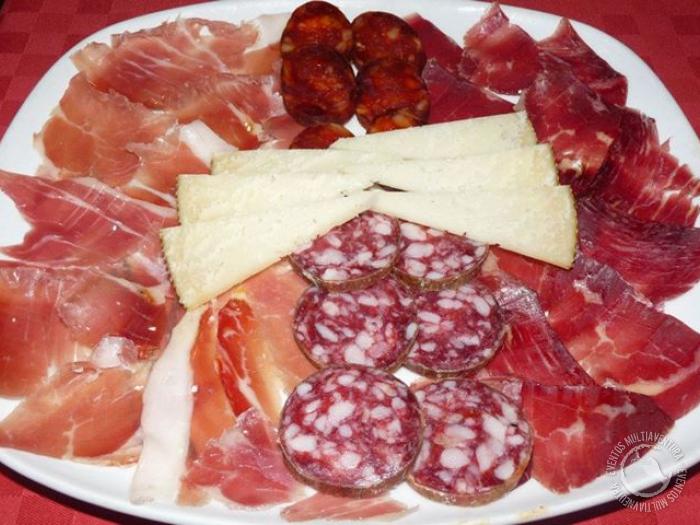 I cooked the main dish because Christmas lunch was held at my home. And I decided to cook a Moroccan dish: cous cous with vegetables. There was a polemic in my family because of that. My mother said cous cous is not originally from here, and I responded that neither were her Santa Claus hats. My brothers and father were protesting because there was no meat in my cous cous. And I cooked a vegetarian dish because in my home we do not eat meat except on special occasions, and with all the appetizers I thought there was enough meat. They were disappointed because on Christmas the main dish is always meat or fish. My mother in law for example cooks salmon, while my mother normally cooks turkey or carne mechada, which is marinated pork meat.

What they could not say is there were not enough drinks: Coke and lemon sodas, Cruzcampo beer (the local brand), Gibalbin red wine and Barbadillo sparkling white wine (both of them from Cadiz) and Puerto de Indias Gin (a local brand from Carmona). All drinks were Andalusian products.

As desserts, we ate the traditional Christmas polvorones and mantecaos. They are originally from Andalusia, from Estepa or Antequera, the most important towns in production of these sweets. In the 16th century there was an excess of wheat and lard at the beginning of the winter season. On one hand, flour and lard were mixed with almonds and sugar and the result were polvorones. The word comes from “polvo” (dust) as they are very crumbly and only eaten during Christmas. On the other hand, mantecaos have no almonds but eggs so they are not so crumbly. For that reason they can be eaten during all the year, but specially on Christmas. 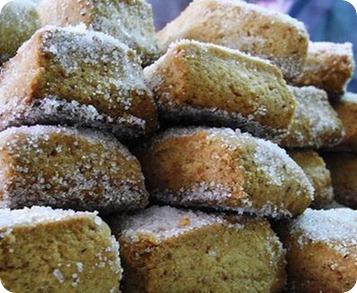 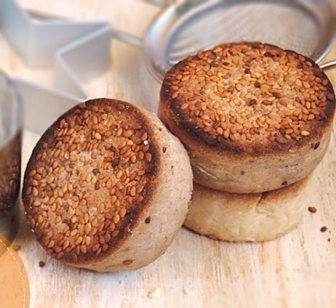 This is what I ate on Christmas and the night before. More or less the same on New Year’s Eve. There were also more important meals and dinners with friends and workmates. As everybody at the beginning of the year my weigh is probably 5 kilos (10 pounds) more. I have them all under my skin.

-Do we start the diet tomorrow? -No, the day after. Tomorrow we have to save the world. Pic from the comic “Mens sana in (not so bad)” by Ana Belén Rivero http://www.anabelenrivero.com